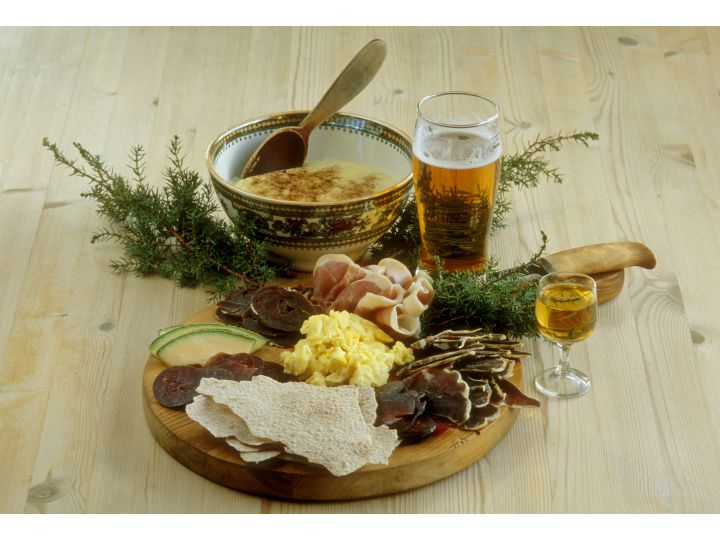 This porridge main ingredient is sour cream. In earlier years rømmegrøt  was served at special occasions like baptism, during harvest and  celebrating midsummer. There are different recipes for this tradition in  different parts of the country. Rømmegrøt served at Sørre Hemsing: 4  portions 1 litre cream 1 litre sour cream (preferably sæterrømme – a  heavy sour cream) ca 4 dl wheat flour 3 tablespoons sugar 1 teaspoon  salt Combine cream and sour cream in a pan and bring to a boil. Let it  boil slowly until it stops expanding and begins to boil heavily. The  time it takes depends on how hot the plate is. Remove the pan from the  cooking plate and shift mixed flour and sugar into the pan, a little at a  time. Bring to a boil every time you have added some of the flour/sugar  mix. Stir well to avoid lumps. You may use a hand mixer. When you thing  the porridge is thick enough, continue until you can see the butter  emerging. Add salt and the porridge is ready. Cook in about 15 minutes  to loose the taste of flour. Serve with ground cinnamon and sugar and a  glass of cold red berry juice. At Sørre Hemsing we serve the porridge  with cured ham, cured leg of lamb, cured goat, and different cured  sausages of sheep, goat and cattle, accompanied by flatbread.